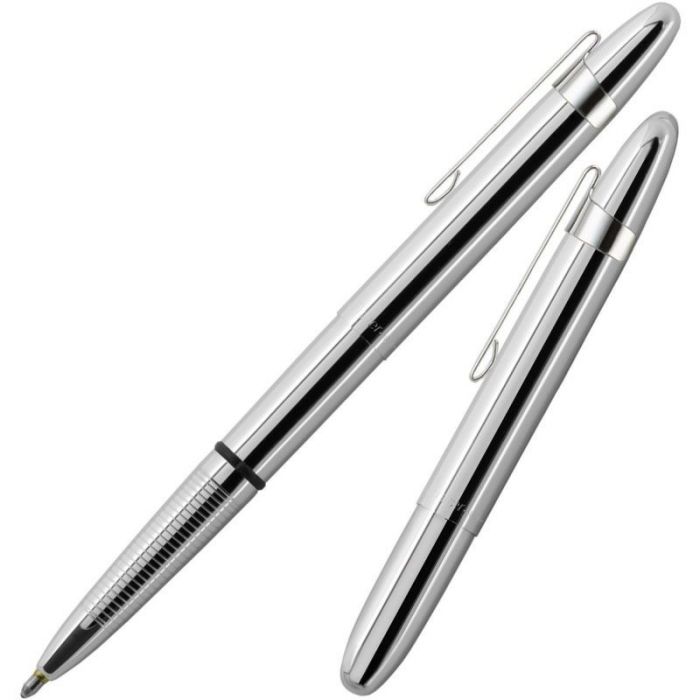 The original Fisher Bullet Space Pen in chrome colour with removable clip (#400CL). When closed, the Bullet Space Pen is the perfect size to carry in your wallet, pocket, purse, car glove box, organizer, or toolbox. When open, it's a full sized, evenly balanced writing instrument that writes even under the most extreme conditions.

The Bullet design is timeless and elegant, yet it is also extremely durable, something that most ballpoint pens are not known for. When someone says, 'I’ve got a Space Pen!', most of the time they are referring to the Bullet. Again, further evidence of its popularity and solidifying its place in history as a true classic in the ballpoint pen industry.