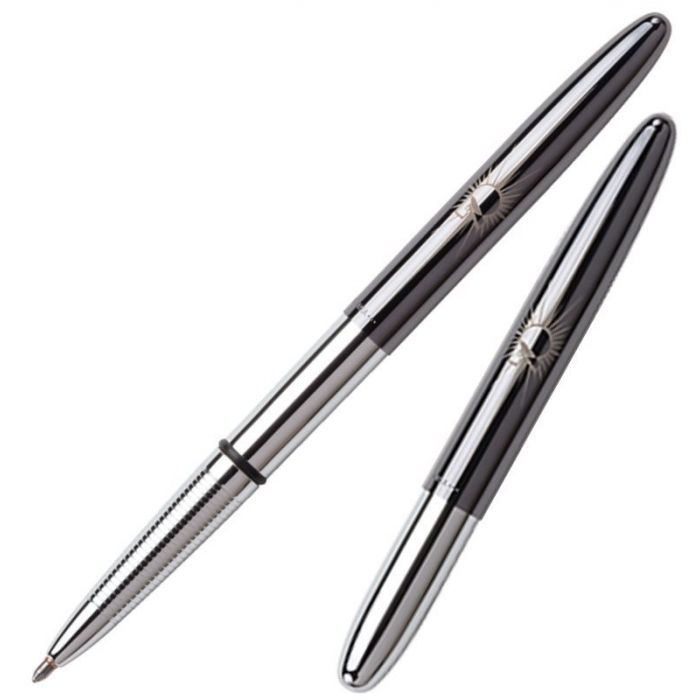 For the past 70 years and counting, the design of the Fisher Bullet Space Pen has dependably delivered the very best in both visual appeal & utility, and we proudly celebrate that legacy with this beautiful 70th Anniversary Special Edition Bullet Space Pen, featuring a pen body in classic chrome and a sleek black titanium cap with a unique, custom laser engraving.

The Fisher Bullet Pen (also referred to as "Fisher Bullet Shaped Pen" and "Fisher Space Pen Bullet") was designed in 1948 and today it is still the most popular Fisher Space Pen. When closed, Bullet Space Pens are the perfect size to carry in your wallet, pocket, purse, car glove box, organizer, or toolbox. When open, it's a full sized, evenly balanced writing instrument. The original Bullet Space Pen was conceived in July of 1948. Paul Fisher was soon machining a new pen design shaped from solid aluminum. It became the first Fisher ball point pen, the 400 Bullet Pen, and arguably the most popular pen of the twentieth century!