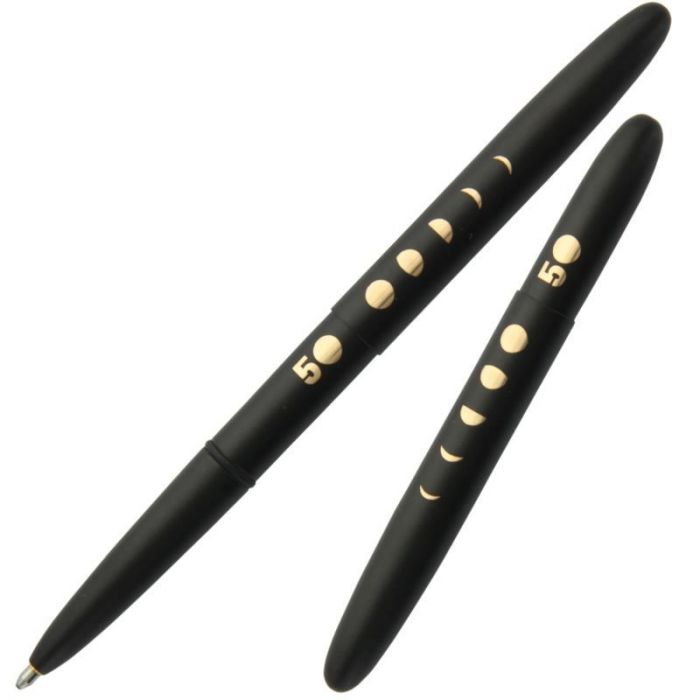 Fisher Space Pen's 50th Anniversary Pen was inspired by the artisans who defined the mid-century modern movement. Everything from the sleek pen profile to the geometric moon-cycle engraving was carefully designed to portray the Fisher company's milestone and historic role in space exploration.

The Fisher Bullet Pen (also referred to as "Fisher Bullet Shaped Pen" and "Fisher Space Pen Bullet") was designed in 1948 and today it is still the most popular Fisher Space Pen. When closed, Bullet Space Pens are the perfect size to carry in your wallet, pocket, purse, car glove box, organizer, or toolbox. When open, it's a full sized, evenly balanced writing instrument. The original Bullet Space Pen was conceived in July of 1948. Paul Fisher was soon machining a new pen design shaped from solid aluminum. It became the first Fisher ball point pen, the 400 Bullet Pen, and arguably the most popular pen of the twentieth century!