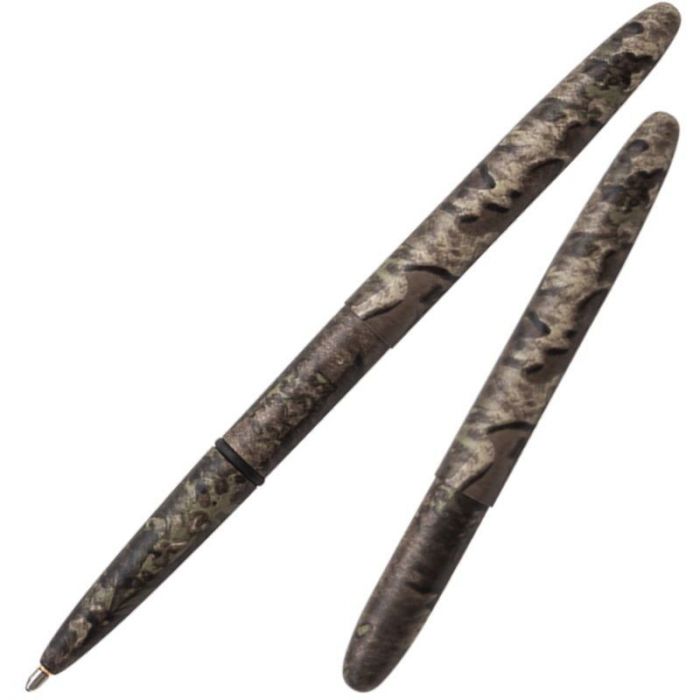 The original Fisher Bullet Space Pen wrapped in TrueTimber Strata camouflage (#400TS). What makes the 'Strata' camouflage stand out from other camouflage patterns is its resemblance to topical geography, as if taken from a bird's eye view of a desolate terrain. There are no digital pixels or computer generated geometric shapes, neither of which can be found in nature. Be careful not to drop this Fisher Bullet Space Pen, you might not find it anymore...

When closed, the Bullet Space Pen is the perfect size to carry in your wallet, pocket, purse, car glove box, organizer, or toolbox. When open, it's a full sized, evenly balanced writing instrument that writes even under the most extreme conditions.