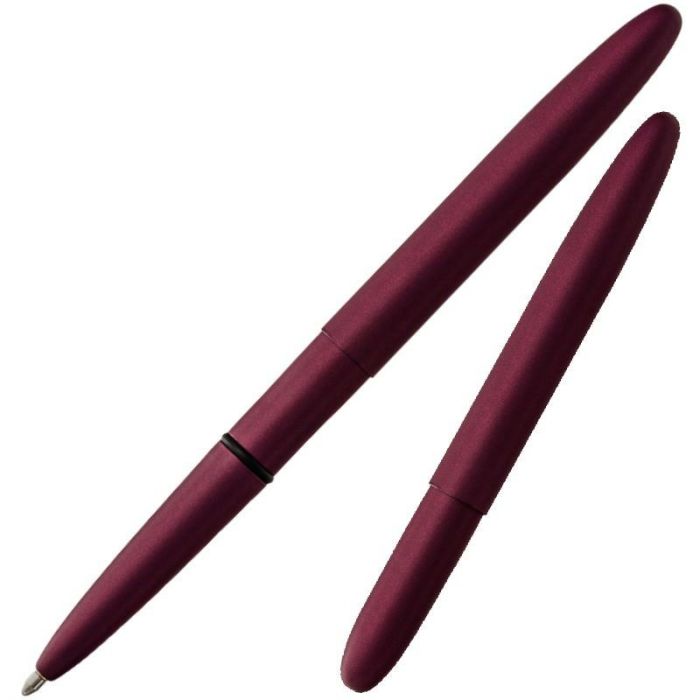 The original Fisher Bullet Space Pen in black cherry colour with Cerakote finish (#400H-319). This iconic Bullet Space Pen has a stunning depth of color which changes ever so slightly when light hits it. Just when you thought that the Fisher Space Pens couldn't be more dependable, Fisher Space Pen takes durability to a whole new level with the introduction of Cerakote finished Space Pens. Cerakote is a ceramic, polymer-based proprietary formulation that offers industry-leading durability, hardness, scratch resistance, corrosion resistance, flexibility, heat, and chemical resistance.

Not only is this Bullet Space Pen eye-catching with its unique texture, but its durability and ease of carry is exactly what you need when working in environments that are unforgiving. This pen performs in all-weather, in places most pens won't. Don't worry about scratches or corrosion because this ceramic polymer-based finish is as tough as it gets.